Are There Disadvantages to HDPE?

HDPE is a very impressive polyethylene film. The following can be seen as the advantages or disadvantages. Here is the "con" perspective:

The Cons of Utilizing HDPE:

The advantages of using HDPE are as follows:

HDPE has many advantages, such as being cost-effective, able to withstand temperatures ranging from -148 to 176 degrees Fahrenheit, non-leaching, UV-resistant, dishwasher safe, resistant to most chemical solvents, and a stiff material.

High-density polyethylene or HDPE is a commonly used petroleum thermoplastic and the most used of the three polyethylenes for a wide range of applications. If you look at this plastic under a microscope, you would see that it has a linear structure with few branches lending to its optimal strength/density ratio. As a result of its molecular makeup, this polymer shines brightest in applications where moisture resistance and cost-effectiveness are needed.

HDPE was created in the 1930s.  It was introduced to the market commercially soon after. While its higher density versions yield a more rigid result, HDPE can vary in flexibility. Low-density grades of the thermoplastic are less stiff and the high-density grades have equally high crystallinity. HDPE is a versatile thermoplastic that is widely used in a variety of applications. It is known for its durability, cost-effectiveness, and moisture resistance due to its linear structure with few branches. It was first introduced commercially in the 1930s, following its use in high-frequency radar cables during World War II. HDPE can vary in flexibility, with low-density grades being less stiff and high-density grades exhibiting high crystallinity. 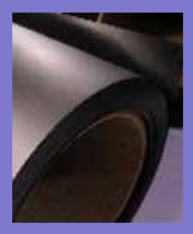 HDPE (High Density Polyethylene) has a variety of common uses. Water bottles are a common introduction to the durable plastic, as its blow-molding properties make it perfect for food and beverage containers. Not only is it recyclable, but it is also UV-resistant, making it ideal for toys. HDPE is also great for chemical containers, such as laundry, shampoo, conditioner, motor oil, antifreeze, and recycling bins. For piping and outdoor applications, HDPE pipe grade sheet is used due to its increased molecular weight and UV-resistance, as well as its ability to withstand temperatures from -220 to 180 degrees Fahrenheit. This makes it ideal for many industrial applications.

Is HDPE a Good Plastic?

HDPE plastic is considered to be one of the most environmentally sound plastics available. It doesn't release any harmful fumes into the environment, and requires much less energy to produce than other materials such as steel from iron ore. Therefore, it is considered an Eco-friendly choice for many applications.

Is HDPE the Same as Plastic?

HDPE is a durable and strong plastic material, often utilized to create containers such as milk and water jugs. Its strength is such that a 60g jug can hold a full gallon of liquid without becoming distorted in shape. HDPE is distinct from other plastics and has many unique benefits.

What material is HDPE?

HDPE stands for High Density Polyethylene, which is a type of thermoplastic made from a string of ethylene molecules. It is known for its light weight and strength, and is commonly referred to as HDPE sheet plastic.

Is HDPE as strong as steel?

How long will HDPE last?

The typical benchmark for HDPE life expectancy is 50 years; however, per the Plastics Pipe Institute, HDPE pipe used in municipal potable water systems can have a lifespan of over 100 years.

Do you want to learn more?

What is the best UV plastic for greenhouse?

SolaWrap Greenhouse Polyethylene bubble plastic is thought to be and may be one of the best materials for covering greenhouses. This plastic is composed of a 17 mil (8.5 mm/430um) clear polyethylene plastic that guarantees 10 year U.V. protection, an R-value of 1.7, light transmission direct (350-1600nm) of 83%. It was a snow load of 120 lbs/feet ²) and a wind load of 100 mph or 43lbs/ft². This strength depends on the stability of the structure and its orientation. Learn more here.

What is the best thickness for greenhouse plastic?

That all depends. How often do you want to change out the plastic? Lighter less durable plastic coverings such as 3-4 mil may give you a year. Thicker films may last up to 4 years. SolaWrap is the only 17 mil clear covering. Lastly SolaWrap has some houses boasting 30 years without a single recover.

Maybe it's time we send you a free sample packet. You will receive a small square of SolaWrap, a connector, and a brochure. Get a hold of the film and see for your self why both commercial and back yard enthusiasts love SolaWrap. It just makes sense (cents)!

Fireproof Plastic- Is there a plastic that is fireproof? What plastics are fireproof?

If you have ever seen plastic sheeting burn, it goes up in flames and doesn't stop until it's completed its mission.

Let's define "fireproof" as the ablility to withstand fire or great heat.

Is there a plastic that is fireproof?

Plastic in its natural state is not fireproof but it is possible to make plastic that is fireproof.  The secret is incorporating hydrated magnesium oxide or aluminum oxide, as well as phosphorus or bromine compounds, into low-density polyethylene. When exposed to fire, the compounds break down and absorb the heat energy, thus preventing the plastic from burning. The plastic doesnt burn, it melts.

PROVE IT! Some if not most states  require commercial establishments to comply with the use of fire retardant plastic sheeting for their events such as amusement parks, schools, haunted houses and so on. Global Plastic Sheeting issues product certification from independent fire testing labs for their fire retardant products. When the fire marshall shows up you will have the necessary documentation for your plastic sheeting.

Do you want to learn more?

What is reinforced ployehtylene and what are the benefits?

Reinforced plastic sheeting is manufactured by laminating layers of high-strength polyethylene with a heavy-duty scrim reinforcement between them. This creates a strong film that is highly resistant to tearing and is more durable than construction-grade poly.

The Uses for Polypropylene in Construction 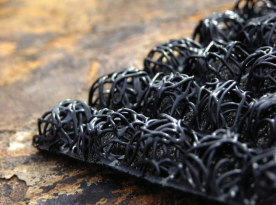 Crash Wrap Plastic Sheeting- How Should You Charge For It?

Towing companies have discovered GPS Crash Plastic Wrap/plastic sheeting as a way to add value for their customers, while simplifying their work when they pick up a vehicle that has been in an accident. It used to be that cars that had their windows shattered needed that window to be taped up- to insure the broken glass didn't scatter during towing. Enter duct tape and tarps. You know what is required to tape up a window in this fashion. Not the simpliest way to get the job done. 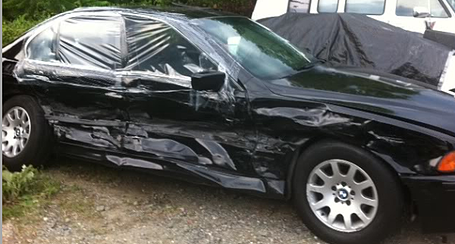 Today with the advent of GPS Crash Plastic Wrap, the job is quick and easy.  The crash wrap is self adhesive- so it sticks to the frame of the vehicle (as long as it is clean and dry). Just pull off the amount you need to cover the window area and let it do its job.  It will stay in place until you want to remove it.  The best part comes when there has been rain or dust. The inside of the car is protected by the crash wrap. When the owner of the vehicle comes to get their vehicle, they will thank you for protecting the inside of the vehicle.  It's traumatic enough to face your vehicle after it has been in an accident.  Finding that the interior isn't flooded is a welcome relief.

How do you charge for this service? That is the point. You are offering a service of securing the openings of the vehicle with plastic sheeting.  Many of our customers charge by the type of window opening. $25 for each side window, $35-45 for a front or rear window. Charging by the foot makes this service about the amout of crash wrap used on the job.  Charge for your time, and the fact that you care enough to do a good job.  That people are willing to pay for.