Be The Guardian Of Your Home

Ever since mankind began building homes, cities and countries they have always looked for ways to protect them from harm. With this came the originals of the Sentinel.  From antiquity to the modern era, the Sentinels were the guardians of the realm; protecting those in it from invading armies and marauding raiders looking to cause havoc and destruction to one’s home.

Now the days the marauding raiders are long gone but we still need to protect ourselves from the forces of nature that can cause harm to our homes and our health.  Everyday gases like water vapor, carbon monoxide, and radon come up from the earth and into our homes; which if not controlled can cause series problems to our homes but worse to our health.  All of these gases are naturally occurring, and have been proven to cause severe respiratory health problems and even loss of life if not monitored or controlled. 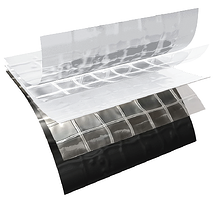 Be the Guardian of your home with Sentinel XS Radon Vapor Barrier!

Crawl Space Vapor Barriers to Protect Your Health and Your Home

Crawl space vapor barriers that look like a roll of regular old plastic sheeting aren’t something that people don’t generally discuss at backyard barbecues! For most home owners, the thought of buying plastic sheeting only comes to mind when they about ready to start that long awaited home improvement project and they want to protect their floors, furniture, counter tops and other valuable things around the house.  One thing that never really comes to mind is buying plastic  sheeting also called, crawl space vapor barriers, to protect the most important thing in their home; their health.

Every day tiny radioactive radon gas molecules migrate through many homes across the county. Depending on what part of the country you live in really makes a difference.  Unfortunately we can’t smell, taste or know that those stealth radon gas molecules can be causing long term health problems for us.  Radon is a cancer causing radioactive gas that naturally occurs from uranium deposits decomposing in the ground.  The Surgeon General has warned that radon is the second leading cause of lung cancer in the United States today. http://www.surgeongeneral.gov/news/2005/01/sg01132005.html  The U.S. Environmental Protection Agency and the Surgeon General’s Office have estimated that as many as 20,000 lung cancer deaths are caused each year by radon.

True or false:  An elementary school student that spends 8 hours per day and 180 days per year in a classroom with 4 pCi/l of radon will receive nearly 10 times as much radiation as the Nuclear Regulatory Commission allows at the edge of a nuclear power plant.                         (true)

Most U.S. EPA lifetime safety standards for carcinogens are established based on a 1 in 100,000 risk of death.

True or False:  Most scientists agree that the risk of death for radon at 4 pCi/l is approximately 1 in 100.

So what can you do to protect your home from Radon gas? First of all you should test your home to see if you have high levels of radon.  The US EPA, Surgeon General, American Lung Association, American Medical Association, and National Safety Council recommend testing your home for radon because testing is the only way to know your home's radon levels. There are no immediate symptoms that will alert you to the presence of radon. It typically takes years of exposure before any problems surface.

Is there a crawl space vapor barrier that can combat deadly radon?

For many years homeowners and contractors alike have chosen to just use 6 mil plastic from the local hardware store with a radon mitigation system that blows the gas away from the home to lower radon levels.  However, what most people don’t know is that is not all crawl space vapor barriers  are equal and that the plastic sheeting liner they bought from the their local hardware store or that the contractor is not meant to block out any type of gases.  Over time the radon gas that is not being vented out will slowly build back up in your home.

Ask to see data sheet on the plastic.

Look for Radon Diffusion Coefficient test data on the data sheet. (If this is not listed then the product has not been tested to block out radon)

Also stand firm.  Don’t let anyone talk to you into something you know isn’t right.  Remember it does not matter how much experience a company says they have with mitigating Radon. You must insist on seeing the data sheet. When it comes to your health you must use the crawl space vapor barrier that is proven to block those hazardous gases.