Polypropylene- Is it different from Polyethylene?

How is Polypropylene different from Polyethylene? Well..... 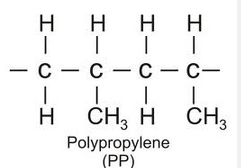 Polyethylene has more demand however than polypropylene. Polypropylene is used extensively in the automotive industry as well as the packaging industry. 70% of the polypropylene  uses is for packaging needs for the food industry. It can be made into bottles, food containers, food crates and pallets.

Here is a list of some of the differences between polyethylene and polypropylene: