Aquaponics is all the rage and its thriving! It is booming all over the world! People are creating aquaponics systems out of aquariums and making grow beds lined with fish-safe plastic sheeting. Some state of the art facilities are taking SolaWrap- the bubble film that allows plants to grow like no other and creating a green house for aquaponics.

Aquaponics enthusiasts have also discovered a food grade, FDA compliant liner that is strong, 100% recyclable and much better for the environment.  It is called, Ultra FGC.  Growers that are looking for  organic certifications are drawn to this film.  It is used for not only aquaponics, but hydroponics and food facilities. 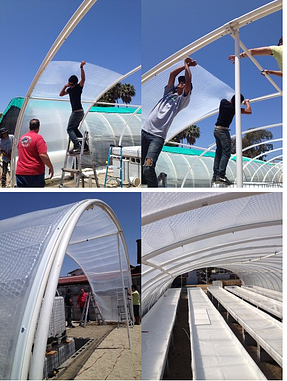 Below is a picture of a grow beds. 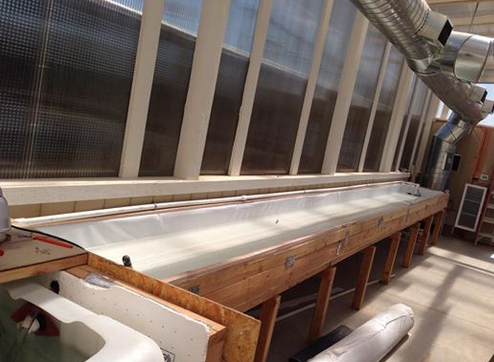 Where are some of the largest aquaponics farms you ask? One of the world's largest (reportedly) commercial aquaponics project is said to be in Abu Dhabi. The center produces 60,000 heads of lettuce in 21 days!  The image below is not from that farm, but from a farm in the United States. Check out that gorgeous lettuce! 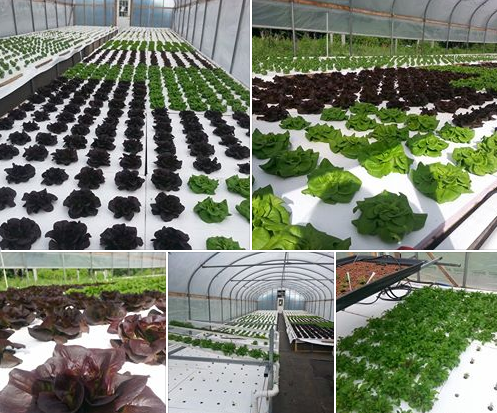 Aquaponics farms are cropping up in the most unusual places! Did you know the Hamm's Brewery building in St Paul MN utilized 6 floors to create a giant aquaponics facility?

According to Wikipedia, aquaponics has "ancient roots"...I don't think a pun was intended there...The Aztecs created and cultivated islands known as chinampas which some say was the first form of aquaponics for agricultural use. Plants were raised on islands in lade shallows and the waste material dredged from the Chinampa canals were used to manually irrigate the plants.

Thailand, South China and Indonesia cultivated and farmed rice in paddy fields along with fish to create early examples of aquaponics systems.

Schools are setting up systems to teach children about farming both fish and vegetables. It's a project that brings great pride and joy to school children. They can witness first hand what it takes to grow their own head of lettuce in water.

If you would like to know more about creating your own aquaponics system small or large, please call Ken Aguilar at Global Plastic Sheeting- 866 597 9298. He knows all about it, and he will be happy to help you.